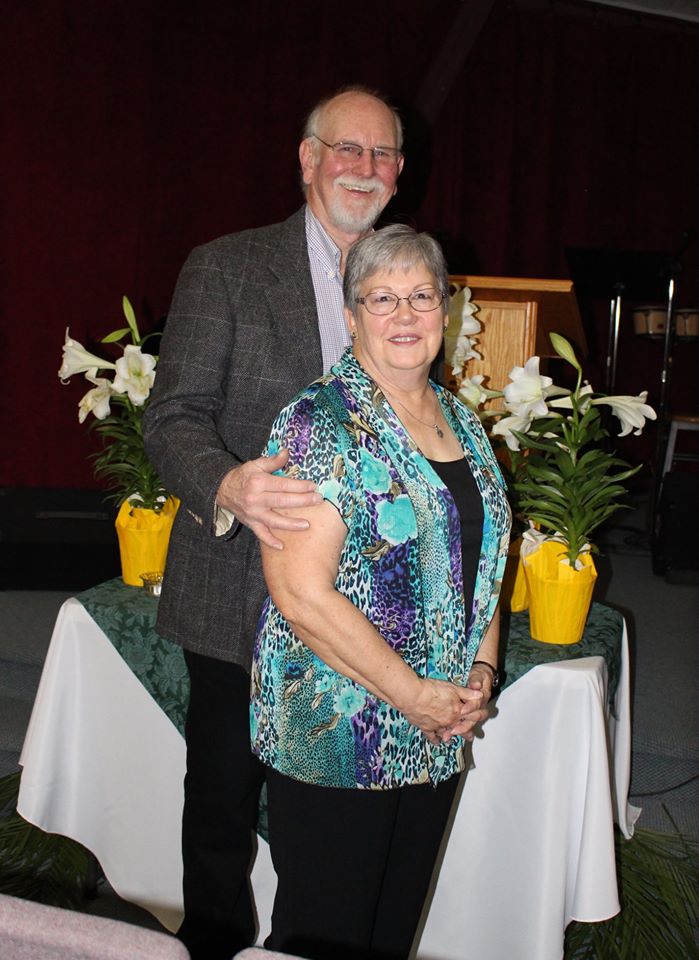 Born in Twin Falls, Idaho, December 2, 1953, I spent my childhood on a small ranch learning ranching skills alongside my family. My three brothers and I attended a small country grade school named Shamrock and then later attended Bickel Elementary. During that period of time Our neighbors were Mennonites and although the Romans boys were all heathens, our neighbors made sure that for two weeks every summer, we would attend Vacation Bible School until we each reached the age of twelve. After that, it was on to O’Leary Jr. High School and then graduation from Twin Falls High School. Unfortunately, while in the public education system, I learned more than just academics; in Jr. High I learned how to drink and in High School, I became heavily involved with drugs.

I later worked for a construction company building commercial buildings and eventually went into business for myself as a General and a Sub-Contractor. During this time my heathen drinking and drugging lifestyle continued.

I met Becky in 1979, the prettiest backslidden Catholic on the planet. We were married four years later. My drinking became worse as time went on and my business began to suffer as well as my home life; Becky was miserable.

Becky’s family experienced great turmoil when a drunk driver hit and killed her parents in a motor vehicle accident. Her youngest brother was remarkably at peace during that time. Becky asked him “what was going on” with him and it was at this time that he shared the Gospel with her. He explained the difference between a personal relationship with God and simply being religious; Becky accepted Jesus Christ as her Lord and Savior. She never told me about her conversion, as she was afraid to tell me.

I continued to drink and not come home until the wee hours of the morning; meanwhile Becky was trying to figure out how to live this new life. She had a couple of friends that she knew and were born-again followers of Jesus and they all began to pray for me.

One day Becky had reached her limit, she confronted me about not coming home, not contributing to the family and so on. I suspected she was getting ready to throw me out so I asked her … “Just what exactly do you want me to do?” Her answer took me by surprise as she responded to my question with…“I think we should go to church.” Once I recovered from my surprise, I figured that I could put up with a couple of boring hours on a Sunday if it would buy some peace in our household. I knew I was getting off pretty easy for what I deserved.

We began attending a Calvary Chapel because that’s where Becky’s youngest brother attended. I was confronted with the Gospel and the Holy Spirit put authority to the message. I even started remembering things from my days as a youngster at Vacation Bible School. God was confronting me in different ways; the Hound of Heaven was on the move. After several months of attending, I eventually gave my life to the Lord.

After that, business slowed down which gave me time to study. I studied Systematic Theology through Chuck Smith and found that the ability to retain what I was hearing and reading was being restored. God had not only saved me but was also restoring my mind. I had a ravenous appetite for the Bible and had acquired various Bible study tools for Hebrew, Greek, and church history.

As time went on, my business was awarded a major contract and I hired some men in the church as my crew. God blessed the project and I became not only the crews’ boss, but also their spiritual leader. God was continuing to equip me for ministry.

I came with a small crew to help Pete Ormaza on some projects in Elko, Nevada. While in Elko, I would take my crew to the Red Lion Casino for the breakfast buffet. Every time we ate there I saw a whole different clientele than what was portrayed on casino literature; we saw desperate, hopeless, sick people praying to the slot machine gods for mercy. Different people each morning, but it was always the same story. I began to pray diligently for Elko. I met some people at the local Christian Book Store and also attended midweek evening studies.

A few years later I dissolved my business and went to work building bridges. One project took me to Lamoille, Nevada where I reconnected with some folks that I met while previously in Elko.
I continued my informal education and eventually was asked to become an Associate Pastor in Twin Falls, Idaho. While serving as Associate Pastor, I was asked to consider starting a Bible study in Elko, which I did in 1994.

I took the position as Interim Pastor of Lighthouse Christian Fellowship of Twin Falls until the Senior Pastor, Greg Fadness, could move to Southern Idaho from California. After Pastor Greg arrived, I resigned from the Board of Directors and stayed on as Greg’s assistant.

After driving back and forth once a week for one and a half years to Elko, Pastor Greg released me to move to Elko and serve the Church as their Senior Pastor. Becky and I have been here since 1995.

Becky prayed that her husband would get saved and go to church with her once in a while. God answers the prayers of His daughters.
To be continued… 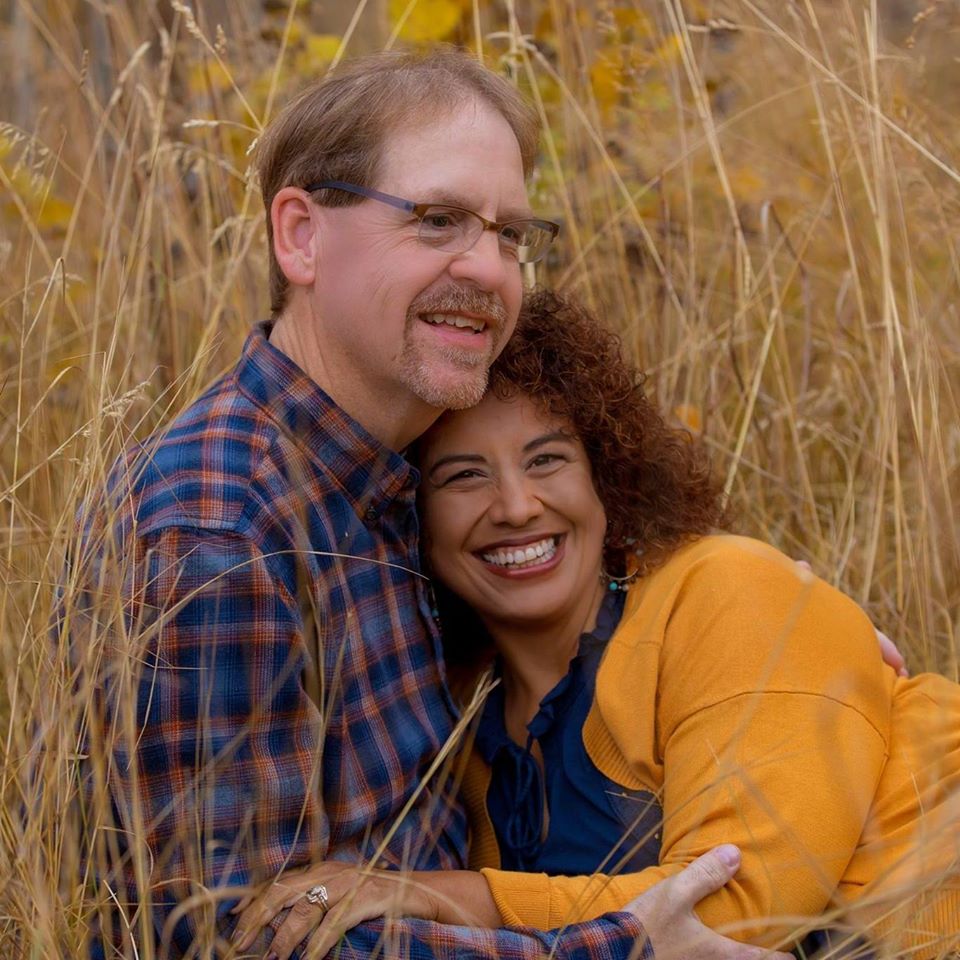 Marsh was born in San Diego, California to his father, Ed, a Navy SEAL team member and his mother, Wilma.  While growing up in California, Washington, Southeast Idaho and Nevada he and his family were heavily involved in music, sports, education, and Scouting programs.

In 1986, Marsh moved to Round Mountain, Nevada and in 1987 graduated from Tonopah High School. Immediately following his graduation, Marsh moved to Fallon, Nevada where he worked various labor jobs and enrolled in Western Nevada Community College.  In 1988, Marsh enlisted in the US Army Reserves as a Radiologist Specialist.  Upon returning from active duty-for training, Marsh attended the University of Nevada-Reno where he also joined the Reserve Officer Training Corp program. In all, Marsh’s military training led him to Texas, California, Nevada, and Washington. He also graduated with two associate degrees and became a certified Emergency Medical Technician (EMT) for the State of Nevada.

Even though he had a wide variety of life experiences, Marsh could no longer resist the overwhelming reality that there was a longing in his heart that only Christ Jesus could securely fill. In 1996, at the age of 28, Marsh accepted Jesus as his personal Lord.

One year later Marsh moved to Elko, Nevada to work at Elko General Hospital, which in hindsight, he views as preparation for ministry. Marsh began assisting with youth ministries in 1998 at Lighthouse Christian Fellowship.  In April of 2000, God gave Marsh the desire of his heart and he married his beautiful and enduring life-long friend, Maxine.  In November of 2000, God opened the door for Marsh to come on-staff at Lighthouse Christian Fellowship as a full time Pastoral Apprentice and in June of 2002 was fully ordained.

Marsh will freely admit that God’s way of doing things is amazingly superior in every way to anything that we could ever conceive on our own. A well-worn passage that God has continued to use in Marsh’s life is found in Philippians 4:6-8…